Wharton MBA Reunion Weekend
May 12-13, 2023
Registration will be live on December 8, 2022
Celebrating class years ending in 3 and 8, the Class of 2022 and the Wharton Graduate Emeritus Society

The Wharton Graduate Emeritus Society has announced the 2022 recipients of Crandall Challenge Citations. They are: 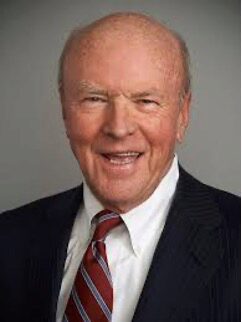 Bob formed Neighborhood Entrepreneurship Lab in 2018. The organization identifies entrepreneurs in disadvantaged communities in Chicago and provides coaching, connections and capital.  In year 1 NEL had 1 entrepreneur. In years 1 thru 4 there have been a total of 21 NEL alums. In year 5 there are 20 entrepreneurs in this year’s class! 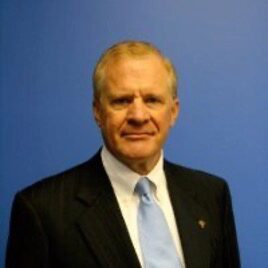 Chip’s business career has centered on Sun Valley ID and its development. Previous work chairing Idaho efforts supporting the Winter Olympics in Salt Lake City led to his being chosen to financially turn around the Special Olympics Winter Games in 2009, earning a surplus. He subsequently chaired the R4 Alliance, serving 175,000 servicemen with disabilities, growing from 8 founding members to 58 Programs of Excellence serving our veterans.

View lectures by professors and alumni around the globe.

A list of events, lectures, in-person gatherings, and more exclusively for Penn alumni.

Attend exclusive events for Wharton alumni around the globe.

The Wharton Graduate Emeritus Society has group pages on both LinkedIn and Facebook. The purpose of these groups is to bring you current information about the School, and its students, faculty and curriculum as well as to bring you information on what the world is saying about Wharton, and other information of interest to WGES members.

Sign up now, for the below social media pages that have special content just for WGES members.

Wharton Magazine serves as an essential connection between the School and its alumni population of more than 100,000 living graduates, with stories about the people and ideas who define the global Wharton community.

Wharton offers many ways to connect and engage with the School and fellow alumni. In just a few minutes, hours, or days, you can get involved!

The new alumni community has all of the great benefits of QuakerNet plus so much more! Log In to MyPenn. Connect with Penn Alumni. Stay in touch with your class.

MyPenn is the online directory for University of Pennsylvania alumni. Make sure your MyPenn Profile is up to date!

You can submit questions, updates, photos, and more.

You need a PennKey to access alumni resources and register for events including Reunion Weekend. Need help? Read our PennKey frequently asked questions