Thank you for attending!

Now, More Than Ever, the world needs Wharton.

Join us as we celebrate More Than Ever, Wharton’s campaign, and hear an all-star lineup of Wharton professors present their latest research in a dynamic format. Enjoy conversations with industry thought leaders, alumni, and faculty at a reception following the program. 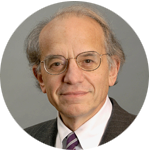 Jeremy Siegel is the Russell E. Palmer Professor of Finance at the Wharton School. Siegel comments extensively on the economy and financial markets: he appears regularly on networks such CNN, CNBC and NPR. He was voted the Best Business School Professor in worldwide ranking, Business Week, 1994; Lindback Award (outstanding university teaching), 2002; Helen Kardon Moss Anvil Award (outstanding MBA teaching),1996, 2005; David W. Hauck Award for Outstanding Teaching (Wharton Undergraduate); Best Article, Graham and Dodd Award, Financial Analysts Journal, 1993; Best Article, Peter Bernstein and Frank Fabozzi Award, The Journal of Portfolio Management, 2000; The prestigious Nicholas Molodovsky Award by the Chartered Financial Analysts Institute to “those individuals who have made outstanding contributions of such significance as to change the direction of the profession and to raise it to higher standards of accomplishment,” in May 2005.

The world and its complex challenges require innovative solutions. More than ever, Wharton is positioned to meet these challenges head on.

This campaign will bolster the people, the research, the partnerships, the education, and the spaces that spark great ideas and bring them to global scale.

Learn More
Register now for the next event!