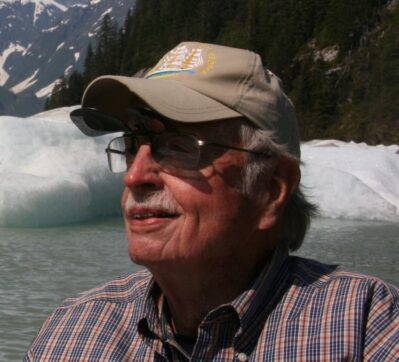 John Majane is a long time participant in the US civilian space program in the unmanned satellite program.

He received a Group Achievement Award for the Cosmic Background Explorer (COBE) satellite, a pioneering NASA Goddard Space Flight Center project validating the “Big Bang” theory of the origins of the universe.

He was involved with the Identification Relay Satellite System (IRLS), a low earth orbiting system which revolutionized tracking of creatures in the wilds.

He contributed to the team which developed the International Sun Earth Explorer 3 which made the first ever encounter with a comet by a man-made object. The comet is the Giacobini Zinner.

As a Project Officer in the US Air Force at the USAF Wright Air Development Center and a Lieutenant he personally established the baseline propulsion parameters for the design of explosive motor devices used extensively in high performance aircraft escape systems and ordnance deployment. He contributed to the development of completely automatic aircraft escape systems still widely used today.

An instrumented rated private pilot certified in tail wheel high power land airplanes, he owns and flies a classic Cessna 170B. He is also an FAA certified aircraft and propulsion mechanic. These ratings were achieved after age 60. In fact, while an avid aero modeler, he was never an airplane pilot till this time. He is vice president of the GSFC flying club.

He has sailed small boats competitively for several years and was Chesapeake Bay Yacht Racing Association Champion in the Thistle class, a 17’ dinghy and Fleet Champion of the Penguin Class Fleet Number One, Potomac River, Washington DC. He has been Fleet Captain of Thistle Fleet 17 at Washington DC and fleet 34 in Annapolis MD and is currently active in Fleet races in Annapolis.

John Majane recently celebrated his 55th wedding anniversary and has four sons, two engineers (one of whom built the “mixing bowl” interchange in Alexandria VA and the Intercounty Connector (ICC) between route 29 and route 95 in Maryland, a certified accountant and a builder. He has nine grandchildren the oldest of which is a second-year scholar in Chinese with a 4.0 average at Pittsburgh.